As the higher placed team in the league Guildford took home ice advantage but they were put on the back foot early on with Mark Lee stretchered from the ice after just 35 seconds. James Hadfield took over in net for the Surrey side and import Jozef Kohut scored the opening goal at 8.53, followed soon after by Jez Lundin making it 2-0 at 12.59. With no further scoring the first period ended 2-0 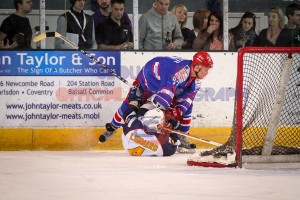 Slough’s Ryan Watt scored the only goal of the middle period with help from Dan Davies and Darius Pliskauskas at 33.36 setting up a tense third period.

Slough got right back into the game at 42.12 with Aaron Connolly scoring the equalising goal. In a fast period with little penalty intervention Watt stepped up again to score his second of the night, Slough’s third and the game winning goal at 55.50. Roughing penalties to Melicherik and Calder were the final throws of the game and Slough closed out to end the season for Guildford and quash their hopes of a treble. 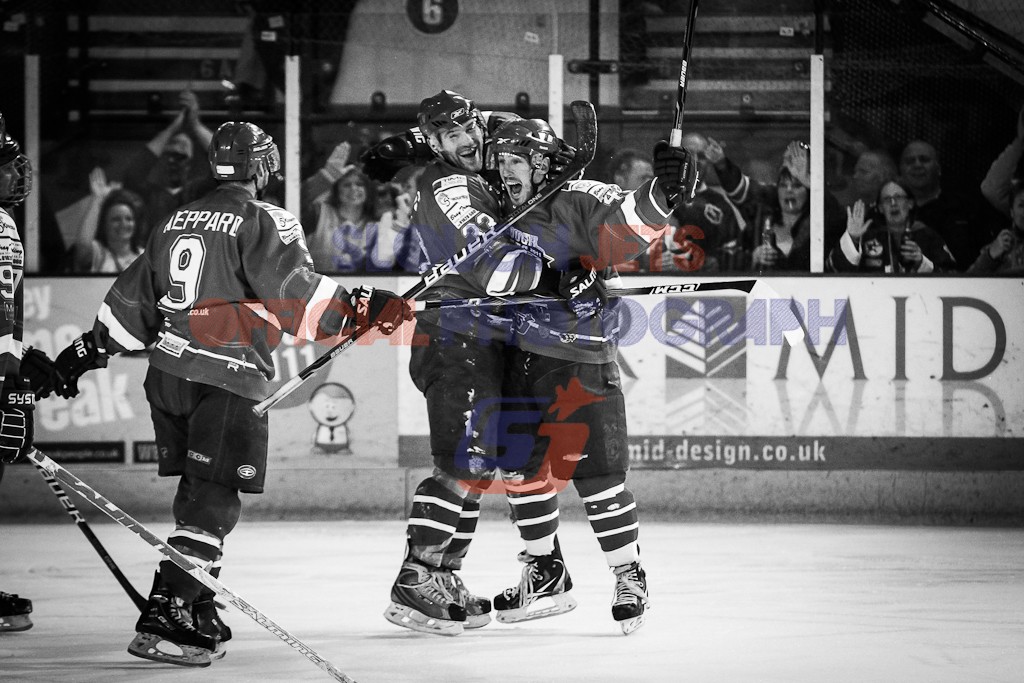