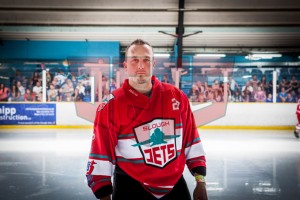 Nick Chinn is the only one of the initial six announced to be still playing the game. He has just completed the 13/14 season as Bison captain lifting the Premier Cup and Play-off trophy. “Chinny” has had two separate spells with the Jets, the second as club captain and has 58+139 from 162 starts and 626 penalty minutes proving his no nonsense approach to the game.