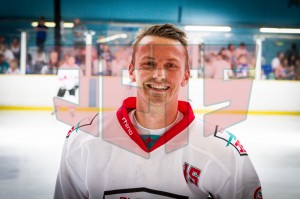 Now retired for a couple of years despite only being 34, Adam Bicknell enjoyed a 16 year professional career. A Slough trained junior, learning his hockey within the John and Pauline Rost Slough junior development programme he made his Jets debut in 1996/97 while still playing junior hockey. From 1998-99 he was a full time Jet, enjoying the BNL win in his first full season. His last two seasons at Slough between 2003 and 2005 he was the Club Captain. Adam played 268 times in regular season play contributing 51+92 for 318 penalty minutes.