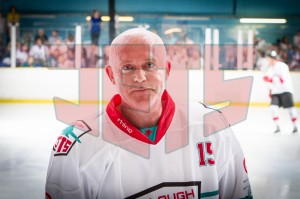 Danny O’Hanlon hails from Wokingham but learned his hockey in what was his nearest rink at the time, Richmond. After spells around the leagues he landed in Slough as a mid season signing in 1994/95 where he stayed for a further two seasons. The forward played exactly 100 games with 8+7 for 101 penalty minutes and after the 96/97 season he announced his retirement.