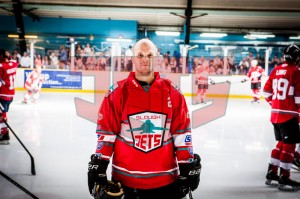 The second announcement from Craig is that former alternate Captain Matt Towalski  will join the party.  The 30 year old is a Slough trained player who debuted for the Jets with 2 appearances in the 2000/01 season.  He stayed with the club until 2005/06 where he signed for MK Lightning.   After 7 seasons he returned in 2012/13 and in his second season back he wore the “A” on his jersey.  With no Jets team to re-sign for Matt will start 2014/15 with the Bracknell Bees.  He played 108 games, scoring 20+27 and accruing 84 penalty minutes.

Warning: Illegal string offset 'count' in /homepages/8/d531400244/htdocs/clickandbuilds/Jets/wp-content/plugins/instagram-slider-widget/includes/class-wis_instagram_slider.php on line 832
No images found!
Try some other hashtag or username
Frontier Theme