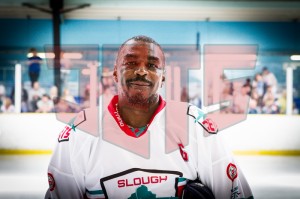 Franklin John is another year one Jet. He came to the club initially as a defenceman but was also capable of playing up front when needed. He had long legs that helped him have great speed on the ice, and he was strongly built meaning he brought a physical edge to the game. He played the game hard but was a great guy in the dressing room. He played 23 Jets games, scoring 0+1 without any penalty minutes.