Slough Jets hosted the second, final and deciding leg of the Premier Cup Final, lining up against the Basingstoke Bison. 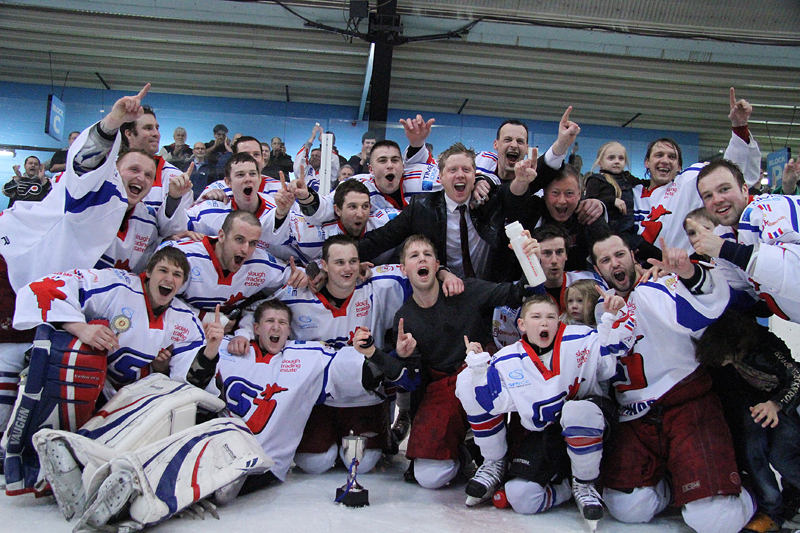 Slough Jets 4 Basingstoke Bison 2
Slough win on aggregate 7-4
Slough Jets ensured they held onto their aggregate lead by virtue of Michael Bowman netting at 3.37. It took until 12.29 for Ben Davies to level the game for Basingstoke but Slough restored their lead when Darius Pliskauskas netted at 13.36 with a showreel goal. Sam Oakford made it 2-2 however at 16.47 and the first period ended with a 1 goal aggregate lead for Slough.

The second period saw some intense action and Gregg Rockman worked hard to earn his Man of the Match award with some fantastic saves but the 20 minutes in the middle failed to change the scoreline.

Slough came out looking to step up a gear in the third period and the spark came after Joe Greener netted at 47.09 and when Doug Sheppard netted at 53.22 it opened up a three goal aggregate margin. Basingstoke pressed hard to try and force their way into the game but as the final seconds of time passed the excitement grew on Slough’s team until the buzzer sounded and celebrations begun.

No images found!
Try some other hashtag or username
Frontier Theme