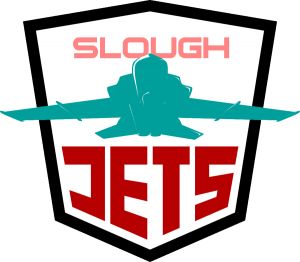 In the second announcement this week Gary Stefan and Craig Moran can announce their second batch who have agreed to play in the upcoming Jets legends Charity match being played at Absolutely Ice on July 19th.

British born Martin Jeneway’s career started at Southampton and included Basingstoke, Oxford, Solent and Wightlink in addition to his one season playing at Slough. In 1988/89 the defenceman scored 1+2 in 19 appearances for the Slough Jets.

Ian Pound was playing as recently as 2011/12 and his distinguished career includes 7 games for Great Britain. Spread across 4 seasons “Pounder” played 90 games with stats of 9+21 for the Jets.

Paul Ferguson now makes his living as an author and scriptwriter but was the Jets Head Coach in the early years. Paul’s first book was “Killing The Dead” and while he is in the process of writing he will take time out to come and coach one of the teams on July 19th.

Dan Scott played 1½ seasons for the Jets, spending part of that time as club captain. A physical defenceman, a leader on the ice and a big personality Dan is now settled playing for his home town club, Telford Tigers. He turned out 77 times for the Jets from 2012 to 2013 scoring 3+11 and his physical style of play attracted him 48 penalty minutes.

Ciaran Long is one of the best British forwards in the league. As a youngster he first played for the Jets in 2009/10 scoring 40 points from 50 games and was brought back to the club midway through the 2012/13 season. He re-signed for the 2013/14 season scoring at over a point per game and carving a reputation as one of the top penalty shot takers in the league. In 99 games he scored 41+59 with 125 penalty minutes.

Welsh born Alex Symonds played for the 2011/12 season under the coaching of Doug Sheppard. Sheppard signed Symonds at Basingstoke when the coach also moved there but now he plays for Swindon Wildcats. He played 53 games with 1+11 and 78 penalty minutes.

These latest announcements bring the tally of players to five and a coach and there’s plenty more to announce. At the 25th Anniversary game in the summer of 2012 Craig and Gary both led the players they had recruited, this year for the Legends game the teams will be mixed to have a blend of youth and experience and retired and active on the two sides.

Tickets for the game and for the celebration evening are available to buy from the Absolutely Ice Reception and players are available to sponsor also. Make sure you don’t miss out by buying your ticket as early as possible.