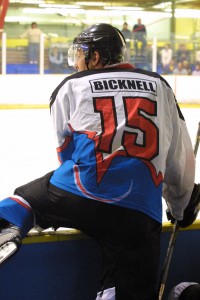 Adam Bicknell is the first of the names to be announced this week. Now retired for a couple of years despite only being 34, the forward enjoyed a 16 year professional career. A Slough trained junior, learning his hockey within the John and Pauline Rost Slough junior development programme he made his Jets debut in 1996/97 while still playing junior hockey. From 1998-99 he was a full time Jet, enjoying the BNL win in his first full season. His last two seasons at Slough between 2003 and 2005 he was the Club Captain. Adam played 268 times in regular season play contributing 51+92 for 318 penalty minutes. 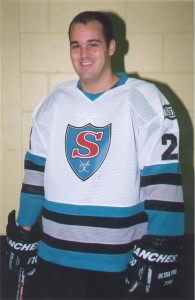 Gary’s second announcement of the day is another former club Captain, Jason Kendall. The big Canadian hailed from Winnipeg and his 6’3, 220lb frame was a huge defensive presence. As well as his defensive skills he chipped in with some big goals and wasn’t afraid to drop the gloves whenever needed. He arrived in 1998/99 and was a part of the BNL winning team that went undefeated at home all season. He returned for two further seasons before retiring and returning to Canada. Jason is now married to long term Jets fan Helen and they have two boys. He played 100 games, scored 21+39 and racked up 339 penalty minutes.

On returning for the game Jason Kendall said; “I’m really excited that I will be back in Slough to participate in this exciting event. My 3 years in The Hangar were a ton of fun. I’m looking forward to reconnecting with old teammates and supporters.”

Craig Moran has recruited two recent legends to the squad, a former club captain and former alternate captain, both of whom who have just completed 500 EPIHL games. 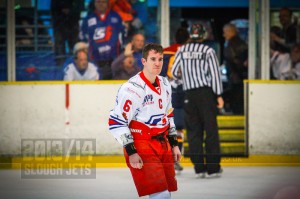 Craig’s first announcement is that former Captain and 2012/13 End of season award winner Michael Wales who will return to the Hangar following his shock release midway through the season just gone. After a highly successful career at rivals Milton Keynes Lightning Slava Koulikov signed Michael for the 2012/13 season and he was appointed Club Captain. He soon silenced any sceptics and became a firm fans favourite. His on ice play and off ice appeal saw him announced as one of the first returnees for the 2013/14 season where he was surprisingly released mid way through the year after just 20 games. He went on to sign for Basingstoke Bison and helped them to the Cup and Play-off double. Michael played 74 games, scoring 17+30 for 45 penalty minutes. 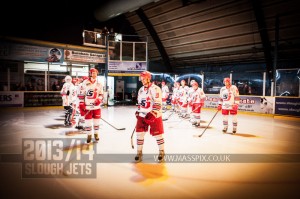 The second announcement from Craig is that former alternate Captain Matt Towalski will join the party. The 30 year old is a Slough trained player who debuted for the Jets with 2 appearances in the 2000/01 season. He stayed with the club until 2005/06 where he signed for MK Lightning. After 7 seasons he returned in 2012/13 and in his second season back he wore the “A” on his jersey. With no Jets team to re-sign for Matt will start 2014/15 with the Bracknell Bees. He played 108 games, scoring 20+27 and accruing 84 penalty minutes.

All players are available for sponsorship on a first come first served basis for a cost of just £20. Sponsors will get their name announced with their chosen player in the line up as well as in the programme and a photo taken with their player after the game. To get your name added to the sponsor list please email Mark Denholm – mdenholm@sloughjets.co.uk

The Legends Day starts at Absolutely Ice with an on ice game facing off at 3.00pm. After the on ice celebrations the party continues at the Copthorne Hotel with an evening of dinner, music, dancing, auctions and more until the early hours. Game tickets are £10 adults and £5 for children while evening celebration tickets are £20.