As the day gets closer we’re proud to announce the legends jersey design for both the “home” and “away” teams playing in white and red. 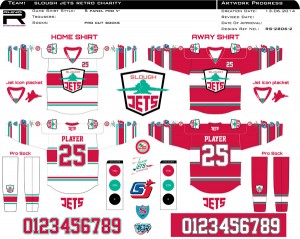 Rhino Sports have designed and will produce the jerseys and socks that will be worn by the players on the day and will be available for auction. Full details on the auction will be announced in due course.

The completed squad for the Charity Legends Game will be announced by the end of next week but in contrast to the 25th Anniversary game we will be mixing the players  for this game and you’ll have to wait until the day itself to see who wears white and who wears red as the teams will be kept secret until the game!